If there is anything that produces a lot of uncertainty today, it is the consequences that Brexit will have not only in the European Union, but also in the Spanish real estate system.

The fact is that in Spain, a high percentage of British people own some kind of real estate, so one could say that they are the main buyers. Therefore, it is necessary to be attentive, especially now, since we have noticed a decrease in the operations carried out in properties by the British in the last years (mainly due to the devaluation of the pound).

We have a good climate and a better gastronomy (ideal to reside or come on holidays), which is the main attraction for many foreigners (British especially), apart from the wide possibility of future existing investments in the medium – long term.

It is true that the negotiations and agreements during this year will be more complicated; however, according to our colleagues at Estate One: “the experts are optimistic and do not believe that the Brexit will cause great changes in our real estate system”.

In addition, we should not forget that having a good property in Spain means having an important asset, something that the British take very much into account.

In short, we need not to think that investments and negotiations will cease to take place, as it may even be the case that they will increase because of the incentive to invest in the Euro zone.

We are a company with professionals dedicated for over 20 years to international assignments. We have a wide experience on all the areas involved in a relocation service. 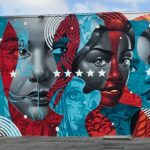 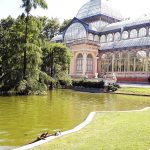